Celebrating the aviation finance and leasing industry during a period of unprecedented stress.

Airline Economics, the flagship publication dedicated to the commercial aviation finance and leasing industry owned by Aviation News Ltd, has announced the winners of its tenth anniversary Aviation 100 Deals of the Year awards 2021.

“Judging the Aviation 100 Deals of the Year awards is always a challenge but this year has been much more difficult due to the sheer volume of aviation finance transactions closed in 2020 as airlines and lessors found ever-more innovative ways of raising much-needed liquidity in a stressed environment,” says Victoria Tozer-Pennington, editor and co-founder of Airline Economics. “The financial support provided by banks, investors, shareholders and governments has been unprecedented; borrowers and lenders have all had to pivot to adapt to the changing risk environment to survive the health crisis and the imminent recovery period. The deals we have selected in our annual awards reflect the hard work and creativity of the aviation finance community. Congratulations to all of our winners.”

Airline Economics has also been required to adapt rapidly to the changed operating environment. As a result, Airline Economics Growth Frontiers Dublin conference, usually held every January, went fully virtual for the first time and the annual Aviation 100 Global Leaders awards gala dinner was postponed. We had hoped to hold the event in May at a rescheduled live Dublin conference and exhibition but again this will not be possible so the live event is now scheduled for September where we will present the award winners with their trophies. But we didn’t want to wait that long to celebrate the achievements of the aviation finance industry in 2020.

In the latest issue of Airline Economics magazine, Issue 61, we celebrate the Aviation 100 Global Leaders Deals of the Year awards, which recognise the most significant deals closed in 2020 from all around the world. As well as these overall awards, we also present awards to the foremost transactions in relevant categories for the various regions in the Aviation 100 European, Americas, Asia-Pacific and Middle East North Africa Deals of the Year awards. 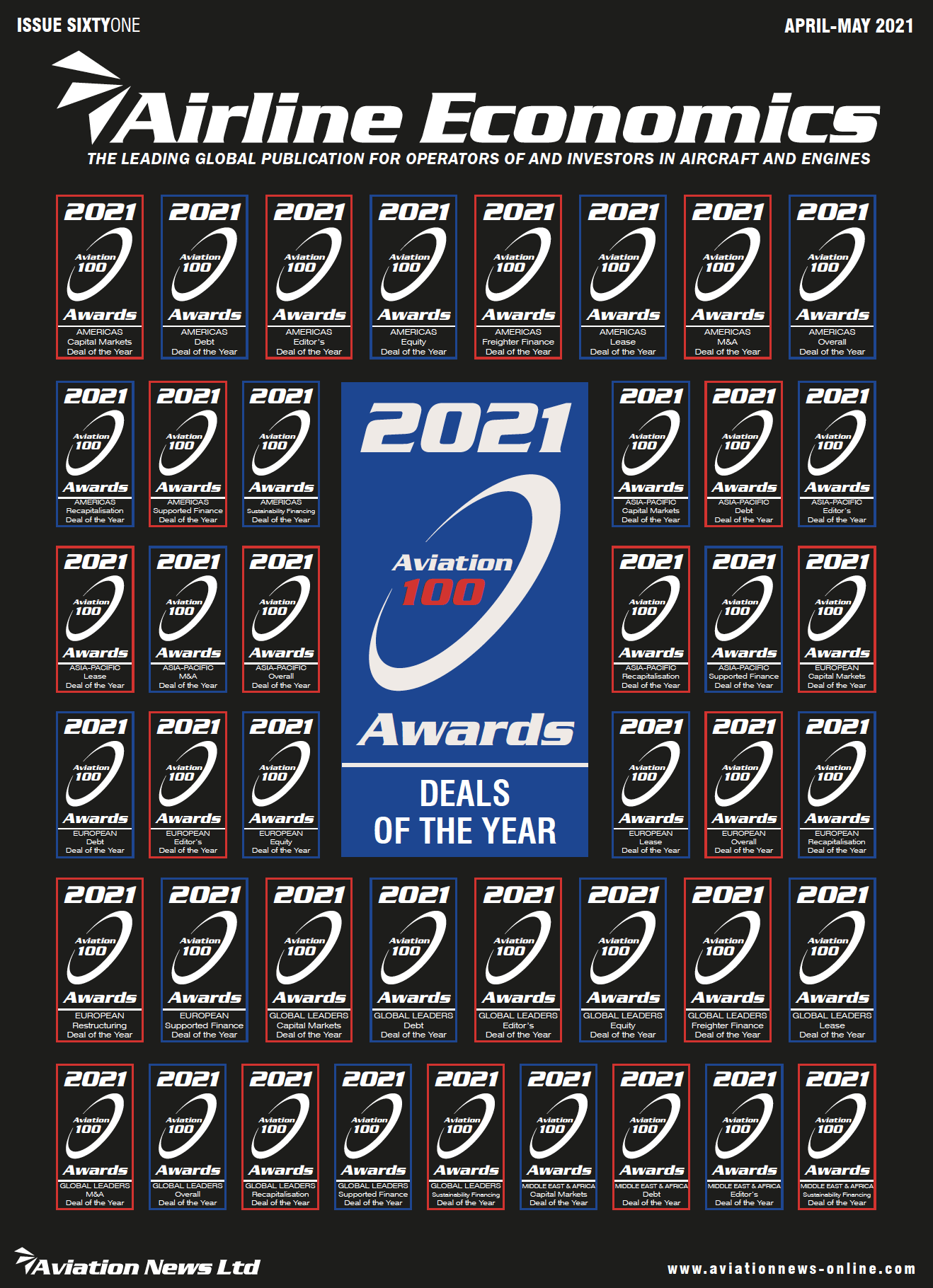